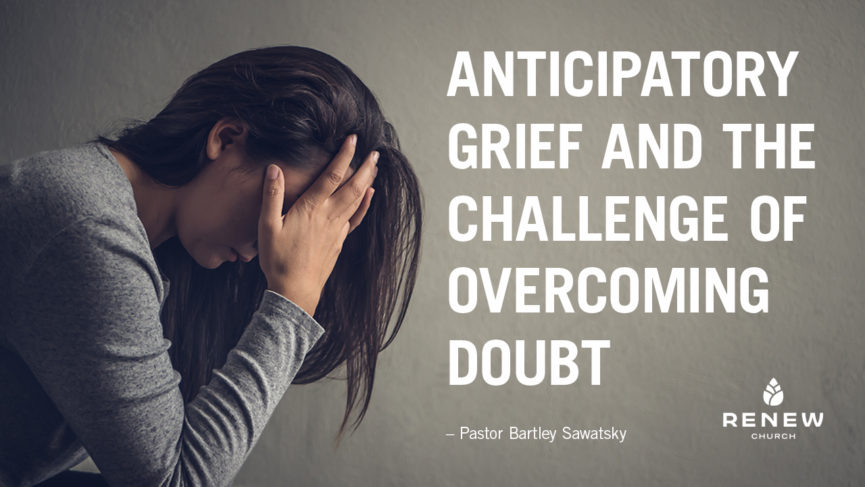 This past week, Scott Berinato wrote a timely article in the Harvard Business Review entitled, That Discomfort You’re Feeling Is Grief. He explains how some of the HBR edit staff met online the other day (as so many of us are now doing). Before getting into the day’s business, the faces on the screen took the time to ask how everyone was feeling. As Berinato describes it, “One colleague mentioned that what she felt was grief. Heads nodded in all the panes.” The team decided now was as good a time as ever to take a deeper dive into the topic.

They turned to David Kessler, the world’s leading expert on grief, who co-authored On Grief and Grieving: Finding the Meaning of Grief Through the Five Stages of Loss. Kessler is also the founder of www.grief.com which has over 5 million visits yearly from 167 countries. His experiences have taken him from an Auschwitz concentration camp to Mother Teresa’s Home for the Dying Destitute in Calcutta, and his volunteer work includes serving as a member of the Red Cross Mental Health Disaster Team and as a Specialist Reserve Officer on the trauma team of the Los Angeles Police Department.

Kessler’s personal experience with grief is what prompted his professional journey. When he was a child, he witnessed a mass shooting while his mother was dying in hospital. In 2016, his youngest son died suddenly at 21 years old. In light of our common explanations for grief, the HBR staff asked Kessler if it was fair to label what many are feeling right now during this COVID-19 crisis as “grief”. Kessler was unequivocal in his response:

Yes, and we’re feeling a number of different griefs. We feel the world has changed, and it has. We know this is temporary, but it doesn’t feel that way, and we realize things will be different. Just as going to the airport is forever different from how it was before 9/11, things will change and this is the point at which they changed. The loss of normalcy; the fear of economic toll; the loss of connection. This is hitting us and we’re grieving. Collectively. We are not used to this kind of collective grief in the air.

I appreciate how Kessler highlights the need to honestly grieve the things that we have lost during this time. The pain is real and shouldn’t be ignored. He then goes on to talk about a special kind of grief he calls “anticipatory grief”. The term piqued my curiosity.

Anticipatory grief is that feeling we get about what the future holds when we’re uncertain. Usually it centers on death. We feel it when someone gets a dire diagnosis or when we have the normal thought that we’ll lose a parent someday. Anticipatory grief is also more broadly imagined futures. There is a storm coming. There’s something bad out there. With a virus, this kind of grief is so confusing for people. Our primitive mind knows something bad is happening, but you can’t see it. This breaks our sense of safety. We’re feeling that loss of safety.

Kessler demonstrates great insight into what is currently happening—what many of us are actually doing during this pandemic: grieving losses that haven’t yet happened. We suspect that they could happen, and so our minds, almost in an attempt to lessen the blow should our worst fears come true, put us on alert. Awareness of the possible dangers ahead is useful and can inform us how to act in the face of threats like COVID-19, but I had to ask myself, Isn’t going so far as grieving future losses the same thing that Jesus called worry? I kept reading, and sure enough, Kessler makes that connection…

Unhealthy anticipatory grief is really anxiety, and that’s the feeling you’re talking about. Our mind begins to show us images. My parents getting sick. We see the worst scenarios.

It’s no wonder Jesus taught us to banish worry from our lives. Our minds and bodies were not meant to bear the burdens of days, months and years in the future. I’ve always thought of worry as interest we pay on money that we don’t even owe. It makes no sense! And we’ve all heard that unsubstantiated (but likely true) statistic that something like 95% of the things we worry about never come true anyway.

Therefore do not worry about tomorrow, for tomorrow will worry about itself. Each day has enough trouble of its own. (Jesus, Matthew 6:34)

Jesus knew that worry (a.k.a. anticipatory grief) breaks down our faith. It makes us question our security and doubt God’s promises. As Christians, we often differentiate between the faith that a person exercises to become a follower of Jesus with the faith that we exercise on a day-to-day basis, but faith is faith. Whether we are trusting God for the destiny of our eternal souls or to provide the money we need to buy groceries, it can all be reduced to the same two questions: Do we believe Jesus is who he says he is, and do we believe that he will do what he says?

As we get into the Easter season, we will surely hear the story of doubting Thomas, that disciple of Christ who needed to see the scars in Jesus’ hands and feet before he would believe that he had indeed resurrected from the dead. I can almost hear the seeker-friendly preachers across North America telling their listeners (whether in a physical or virtual services) that God accepts our doubts. It has become a popular mantra in today’s most welcoming churches, and I certainly appreciate the sentiment behind the statement. We need to bring our doubts to Jesus, knowing that he welcomes us no matter what. But we have to be careful about creating an expectation that people should become comfortable just hanging out with the people of God as they wallow in their doubts. Jesus accepts us with our doubts, but we must be clear (as Jesus was clear) that he expects us to dispose of our doubts. Repeatedly in the gospels we see him exhorting his friends in this way.

Then Peter got down out of the boat, walked on the water and came toward Jesus. But when he saw the wind, he was afraid and, beginning to sink, cried out, “Lord, save me!”

These doubts continued even after Jesus rose from the dead…

When they saw him, they worshiped him; but some doubted. (Matthew 28:17)

In Matthew 14 and 28, Matthew uses the word distazo for doubt, a word that literally means “double standing” and invokes the image of someone not sure of which foot to stand on. When I learned French, I discovered that indecisiveness is often called être assis entre deux chaises—sitting between two chairs. It’s the same idea. Jesus wants us to make up our minds as to where we are placing the weight of our faith.

In another post-resurrection appearance to his disciples, Luke records…

Luke used the term dialogismoi for doubt. The word gives the idea of an internal dialogue that happens inside of us when we question Jesus’ claims. But I want to draw attention to the word John uses in his gospel when he records his account of Thomas.

Then he said to Thomas, “Put your finger here; see my hands. Reach out your hand and put it into my side. Stop doubting and believe.” (John 20:27)

John, often called the Evangelist, wrote his entire gospel “that we may believe that Jesus is the Messiah, the Son of God.” As the disciple closest to Jesus, he understood Jesus’ resolve to see his followers leave doubt in the dust, and so he chose the most powerful word for doubt we see anywhere in the gospels. His word for doubt is apistos, and it actually refers to the character of the individual, not the action of doubting. His final statement to Thomas is literally translated kai me ginou apistos alla pistos: “Stop being an unbeliever, but a believer!”

Jesus said that the person who doubted was essentially an unbeliever. He didn’t differentiate between absolute belief and in-this-moment belief; to him it was all the same. Either we trust him all of the time, or we don’t.

Now, those of us who have committed to following Christ understand that this is a constant struggle, and we don’t live in fear of Christ’s rejection. But we relate to the brokenness of the father of the demon-possessed child in Mark chapter 9 who cried, “Lord, I believe; help my unbelief!” The bottom line is that Jesus expects us to try. It doesn’t matter if we call it a resistance to the gospel, worry, or anticipatory grief—it is all contrary to exercising faith. Faith is not a feeling; it is a determination to walk in a chosen path.

So, whether you’re stressed right now about your finances or health, or just bending under the weight of the unknowable, act in faith. Pray. Change your outlook. Declare what you believe out loud so that the devils of hell can hear it. Do something that demonstrates your confidence in Jesus even when you’re not feeling it. Tell someone what you’re thankful for. Sing.

We can get through this by faith.